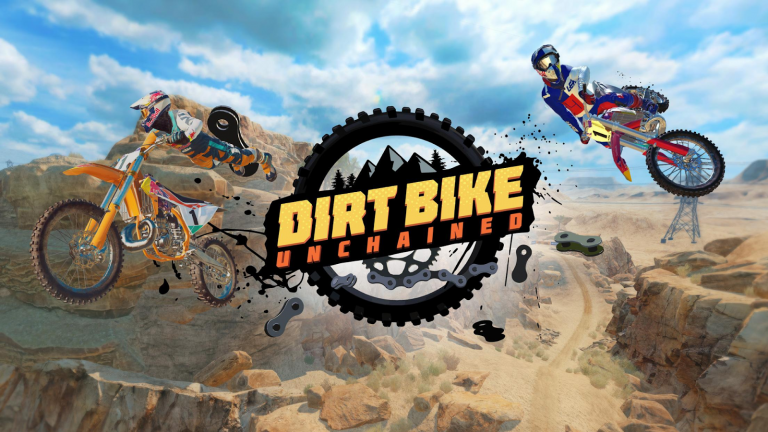 If you are looking for PC games, you can glance at the top 20 best browser based online games below. It must be interesting for your entertainment!

Playing video games is a great source of recreation after stressful study or work sessions. However, the downloading and registering process can be annoying and time-consuming, and thus online games can be a solution. Below are the top 20 best browser based online games you can refer to entertain in your leisure times. Let’s read on!

Currently, there are thousands of online games for you to choose from. However, some games will require you to download or sign up for an account. To save time, here are some free games that you don’t have to download.

If you are a big fan of the  Age of Empires series and the Civ, Forge Of Empires will satisfy you. This game combines elements of the two films mentioned above to help players experience Stone Age history, study military science and fight for the nation.

One of the free games online no download no registration that children can participate in is Cut The Rope. This game scores with exceptional graphics and an adorable character – Om Nom, a cute frog. Your task is to cut the moving rope at the right time so that the food falls directly into the frog’s mouth.

Besides the version available on PC, you can also play this game on Android platforms

3. Game Of Thrones – Winter Is Coming

One of the most popular metamorphosis games you don’t have to download is Game Of Thrones – Winter Is Coming. This game is exactly for fans of  Game of Thrones and those who want to transform into Westeros lords. You will have the opportunity to participate in the battles for the throne, build, explore, research, and fight like a true lord.

Game of Thrones – Winter is coming

Slither is one of the most relaxing and addictive online Browser-based games on PC because it doesn’t require much thinking or strategy. All you need is to defeat other snakes in the game and eat their carcasses to grow. It sounds a bit cruel, but when the defeated snakes die, their corpses will turn into lovely sweets according to their body size.

Have you ever dreamed of traveling to the world of Ancient Egypt? Anocris will help you fulfill that dream. With this real-time strategy game, you will have a chance to experience the golden age of these mysterious amenities and establish your Egyptian hamlet.

Flappy Bird is one of the best free online games no download of Vietnam’s GEARS Studios pixel art. Your duty is to take the short-faced and mockingbird through as many green pipes as possible. The task sounds easy, but reality proves the opposite.

If you are not fast enough, your bird will fall and die instantly. As a result, your ranking score is also dropped compared to global players. Despite the simple graphics and gameplay, it can be frustrating but addictive at the same time.

Based on ancient number puzzles and the Mathematical concepts of Latin Square, Sudoku requires you to fill in the numbers in a 9×9 trellis in order that every column, every row, and every one of the nine sub-trellises that make up the box including from the number 1 to number 9. This is a great way to improve concentration and enhance your problem-solving skills.

Good news for Massive Multi Online Role-Playing Game (MMORPG) fans: the new chapter of the popular League of Angels series has been released worldwide under the title Langue Of Angles – Heaven’s Fury.

This revolutionary 3D takes gaming to the next level, with breathtaking graphics and exceptional real-time combat. The gods must gather legendary angels and redeem the heavens. Also, players will be convinced by intense PvP, epic boss hunts, and superior angels.

When it comes to the best online games no download with PvE content,  it is impossible not to mention The Third Age. It brings you a story-driven strategy experience related to different fables for players to explore the mysterious world.

You will have the opportunity to experience recruiting powerful heroes to fight by your side, build your city, and strive to become the strongest king.

It can be said that Hero Zero PC is one of the most successful online multiplayer role-playing and free games you don’t have to download for PC. You will transform into a hero, build a shelter, and save neighbors in a unique adventure like a true superhero.

It is released for free on Steam with funny cartoon graphics. It’s worth a try!

Among sport role-playing games you don’t have to download, Qwop Walking is probably the most difficult one. You will play as Qwop, a runner competing in the Olympic Games in the 100-meter race.

At the same time, you will have to manipulate four keys, including Q, W, O, P, and calculate the exact amount of motion of a joint affected by resistance because of forces from inertia and gravity. If you don’t know how to play, Qwop won’t move and will even fall while running.

Of all these sci-fi MMORTS free games no download or registration, Starborn is the most interesting and challenging. This is a virtual space where players establish and develop their space empire. You have to find supplies, form space squadrons, and launch counterattacks in real-time while building communities with other different players to hegemonize the galaxy.

If you like to explore new things, you can check out Mars Tomorrow. This is also an MMORPG game where you explore the Red Planet and rescue humanity and civilization in the virtual land – Mars Tomorrow. You can also make friends with other players to develop trade and research new technologies to develop human civilization.

Free online games for beginners? Let’s try Armor Valor. This game is inspired by a Norse strategy RPG combined with R2Games. Your goal is to develop your nation and prosecute the war against all enemies coming to Armor Valor.

One more legendary magic MMOARPG 3D game for you to choose from is Dark Knight. There are two character options, including Sorcerer or Slayer. It’s up to you.

You need to master many useful survival skills and discover shards where you will have to gather one of the 14 goddesses to support you on your mission. After a certain time, you will likely transform into the most powerful character in the game.

A super cool 3D game for speed and adventure enthusiasts: Dirt Bike Unchained. This game offers you the chance to expand the ranks of motorsport, achieve fame on the tracks to take yourself to the top, and become the aristocratic possessor of the helmet Red Bull.

This game has been extremely addictive and viral since 2014. Similar to the gameplay of the hit game Threes, 2048 challenges you to slide the numbers so that they can accumulate to have a square with the number 2048.

The paradox here is that the calculated numbers must be the same, which means that 2 cannot be paired with 4, or 8 cannot be matched with 16. With simple graphics and gameplay, 2048 will surely give you interesting time-killing moments.

Are you looking for a free online MMORPG without fighting? Stein will be the perfect choice for you in your spare time. It scores with retro pixel graphics, entertaining strategic RPG gameplay, and a great story plot.

Your mission is to find Stein’s precious heirloom after a night of drinking in a bar. Besides, you have to complete a series of quests and explore dungeons, caves, and dangerous landscapes to become stronger. Stein is an extraordinary new game and has a wide range of playability. Let’s enter Stein’s world right now!

Adorers of Seven dragon balls definitely can’t miss this online free super classic MMORPG game. You get to choose which character to role-play, take on challenges alone or with teammates, and find and make use of the epic gear to win in PvE jails or PvP combats.

Plus, Dragon Ball Z has various levels of progress and equipment, sure to make you busy for a long period, and lots of difficulties and awards for players of all skill levels.

Ten Bullets is considered one of the simplest browser-based free online games. Despite purposeless, useless, and surprising gameplay, you will probably get addicted to it after playing it for the first time.

You only have to click or space tap to create a fire on board. If your killing ratio is excellent, the game will go on. On the contrary, it will end immediately and require you to restart.

We have recommended the top 20 best browser based online games for you to play in your free time. You don’t need to download or register before playing. Just turn on your PC with Wifi-connection and relax after hard working hours.

Hope you will have enjoyable and killing time moments while experiencing the games we suggested.

I'm Linda. I have 5 years experience in Information Technology. I'm now an writer for itprospt. 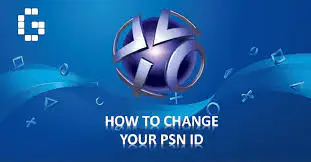 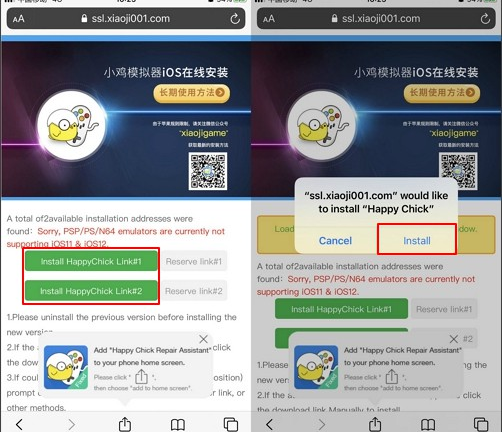 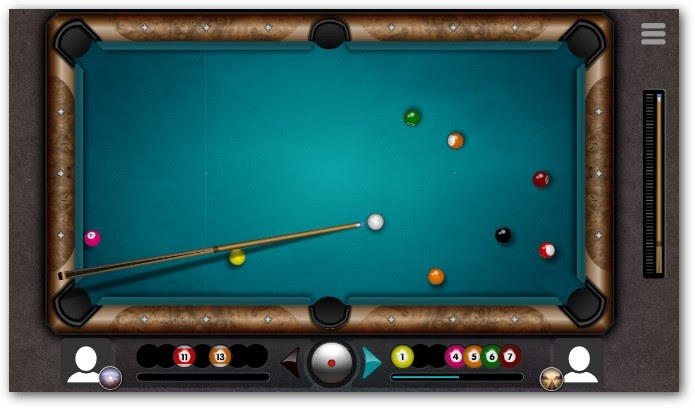 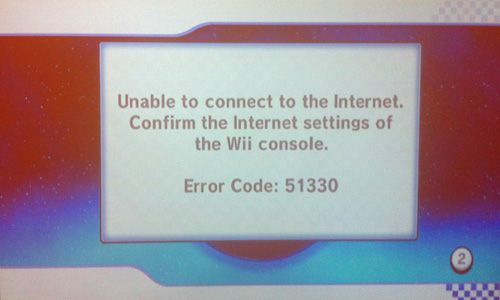